Our Director and Inspiration

Estimable Francius Dauphin or Johnny for short was born to illiterate parents, but they believed in education. As a baker who didn’t even own an oven, Johnny’s father baked enough treats by renting time in a baguette bakery’s oven to put Johnny and his 5 siblings through school.  Now grown, they work in human rights, education, health care, business and public service–helping their country to grow. So when Johnny started a children’s foundation, the Fondasyon Dauphin, to help the next generation of Borgne go to school, how could we not help!?

Johnny has long been an advocate for youth.  Since his own adolescent years he has worked to develop youth civic participation, health, and well-being.

In high school he had a math professor who was active with a group called Makandal that was pushing for democracy.  Estimable visited this organization with his teacher and later joined. He was part of it through Haiti’s first presidential elections in 1990. After the coup d’etat in 1991 the group worked to return President Aristide to power because they felt the coup was a “great deception for the nation” and a blow to democracy.  Johnny’s role specifically was to get youth to be more active politically.

During that time he also worked extensively to expand participation in youth soccer and Scouting throughout the Commune of Borgne.  He was so effective at mobilizing youth that at a regional meeting of Scout leaders, they once accused him of lying about his enrollment numbers because they couldn’t believe the number of new participants he had signed up for Scouting. 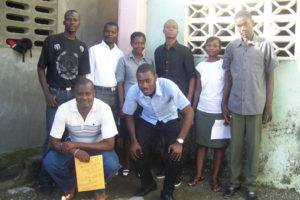 After graduation from high school he worked as teacher at the Jean Wesleyan school. He taught two grades together, 3rd and 4th, because of the school’s  economic problems. Then he applied and got hired for the National school in town, and later he worked for the Catholic school St. Rose de Lima.  While at St. Rose in 2003, he met Sarah Brownell, who was working with a non profit called Haiti Outreach: Pwoje Espwa (H.O.P.E.). 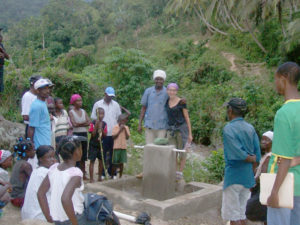 Together they began the Sant Teknoloji Bwase Lide or Brainstorming Technology Center working on technology for development, adult education, and prevention of waterborne illness through sanitation and water treatment. He acted as both the director of the Sant Teknoloji and a 4th grade teacher. He also continued to work for the Scouts in youth development, moving up through the ranks to become a Trainer of Trainers and a representative for the North of Haiti. He initiated Marine Scouts in Borgne and later held joint training camps with Marine Scouts from France. 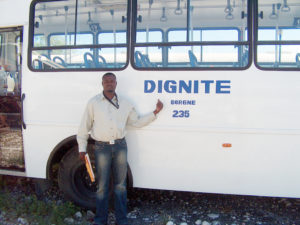 Johnny, as assistant mayor, when the Dignity school bus was delivered for Borgne

In 2007, members of a politically active farmers’ organization asked him to run for mayor because of his extensive work in the rural areas of the commune.  He initially said “No, thanks for asking,” but they eventually convinced him to run as assistant mayor. He was elected, and as assistant mayor he helped bring paved roads to town and revitalized the beach area. He provided extensive support to earthquake survivors and cholera prevention programs. 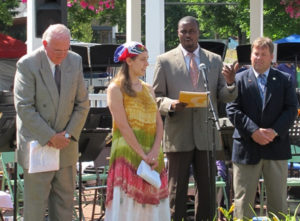 He also began a Sister Cities relationship with the town of Honeoye Falls, NY, which has resulted in culture exchange trips and collaborative development projects.  His term ended in 2011 and a new mayor was appointed by the Depute.

It was during his time as assistant mayor that he became even more aware of the great difficulties parents have in providing education for their children.  They must cover the costs for registration fees, tuition, sewing a uniform, and purchasing shoes, books and backpacks, all requirements for attending school.  For a primary school student, the total cost for a year of school can run over $150 USD.  (The average Haitian makes about $2 USD per day.) Mayors get many requests for assistance at the beginning of the school year, and because of the high value he placed on education, he felt compelled to help.  In 2008, he founded the Fondasyon Dauphin and sought collaboration from members of the (yet to be formed) Friends of Borgne who had previously visited Haiti working on education projects. 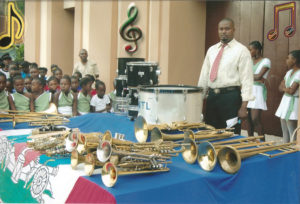 Since its beginning, the Fondasyon Dauphin has:

…and more.  And each year brings more opportunities for the Fondasyon to encourage education of their children.